Years ago I heard this advice from two writers: white authors shouldn't feature major characters who were Native American or African American because they don't "get" them. (The first writer was Native American, the other African American.) The mandate kind of surprised me, since I'd started in publishing writing ethnic heroes and heroines, and I'd read plenty of books I'd loved featuring characters of a different ethnicity than the authors.

For whatever reason, those opinions stuck with me for a long time, until I'd written the last of my Southern Knights/Serenity Street series, when a reader asked if I would make a particular character the heroine of her own story and give her the happily-ever-after she deserved. I kind of stumbled around in an answer, until the reader said, "You're hesitating because she's black, aren't you?"

I admitted that I'd been told by other authors that I shouldn't do ethnic heroes or heroines, and she laughed. "I'm black," she said, "and I'm asking you to write this black woman's story."

She went on to point out that, regardless of bad advice, I did write black characters; they were just secondary characters. She reminded me that, first and foremost, heroes and heroines were people. Forget the color of their skin: at their core, they were men and women who hoped and tried and won and failed and were lonely and happy and angry and loved or neglected. They had dreams; they had disappointments. Nail the emotions, she said. That was what readers wanted. The rest would follow. 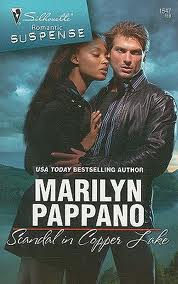 Though I haven't written that final Serenity Street book, I did take the woman's advice to heart. I learned that, basically, writing a character of a particular ethnic background is no different than a character from a specific geographic background or even a character in a particular occupation. I've read books set in my home state of Oklahoma where it's apparent the author thinks we're all cowboys or Indians, uneducated or oil-wealthy, living in log cabins or soddies or mansions. I've read books with Southern characters who are caricatures from Gone with the Wind  or Hee-Haw. I've read books with a military background where even the basic terminology, ranks, ideas, are miles off the mark. 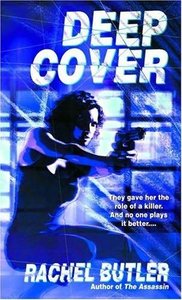 And I've read books written by people who have never set foot in my state but nailed the characters. Who haven't gotten closer to the South than looking at a map but write as if they grew up in Macon or Charleston or Raleigh. Whose only interaction with a police office has been talking their way out of a speeding ticket but who write cops so believable, you'd think they either were cops themselves or were married to one.