I'm not an expert photographer, but I'm going to share some of my favorite pictures here. I'll be adding more from time to time, and I'd love to add some photos of you guys, with or without books, being silly or normal. Just send them to me at marilyn.pappano@yahoo.com. 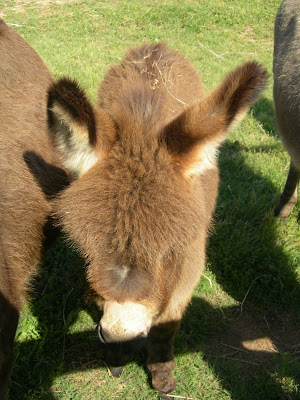 Our nearest neighbors have miniature donkeys -- six of them. I took about a zillion pictures trying to get Buffalo Girl to look up at me long enough to get a decent shot, but this was all she was willing to do. I have no clue what her name actually is, but that fluff of fur above her eyes really does make her look like a buffalo, so that's the name Cam and I have given her, and we're sticking with it. 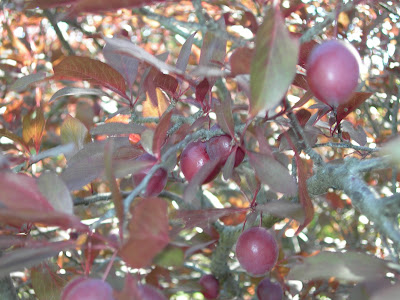 Our plum tree that we never get a single blasted plum off. It's always covered with fruit, but the birds, the squirrels, the possums and all the critters always get to them first. Still, it's a pretty tree, so we keep it around anyway. 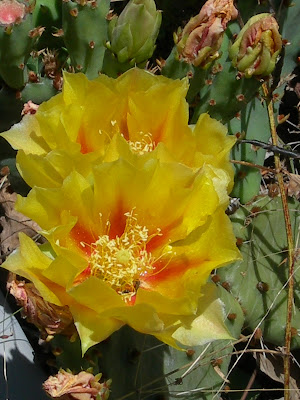 When we were kids, Mom had a giant patch of prickly pear growing in the corner of the yard. Without fail, at least once a year, one of us fell into it while playing. In the beginning, she was more concerned about getting the thorns out of us. After learning the depth of our inability to learn from our mistakes, she got more worried about whether the cactus would survive. 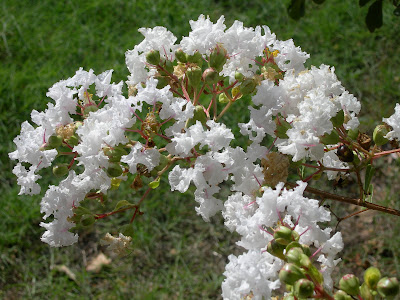 We've got pink and purple crape myrtles everywhere, which give off little suckers like mad, but this is our only white one, and I can't recall finding a single volunteer from it in the seventeen years we've lived here. 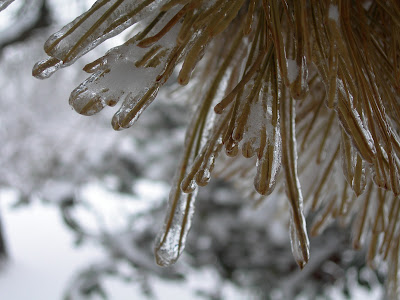 What gets me through the 110+ degree summer days. I love seeing our pines and crapes covered in heavy wet snow and ice . . . though it's usually my job to go out and shake the snow off the crapes so they don't collapse. 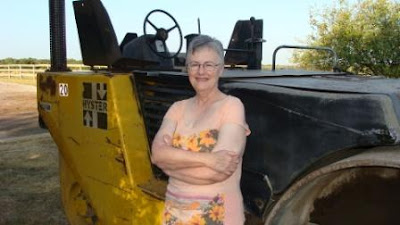 A year ago we came home from errands and found this steam roller parked in our yard. Not pulled onto the edge of the yard, but twenty or thirty feet in, between some of our fruit trees. Being a more-power type girl, I wouldn't have minded if they'd left the keys and some instructions. Our moles and gophers would've been history. A week later, the county showed up to take it home again. 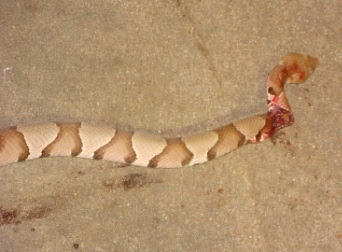 Ugly little visitor in our driveway. Though I hate snakes, the only ones we kill around here are copperheads and water moccasins. At least the moccasins stay by the pond where they belong. 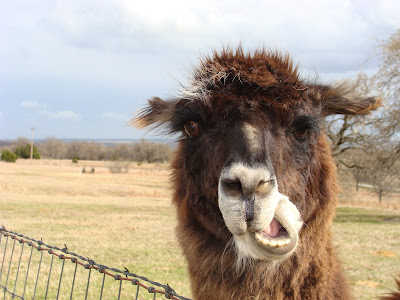 My llama buddy at Casa del Sol B&B. He was a sweetie and kissed for cookies. 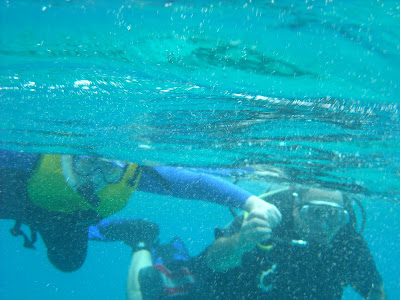 My second time snorkeling. Taken by BF Meg. Bob was there to keep me from drifting away. 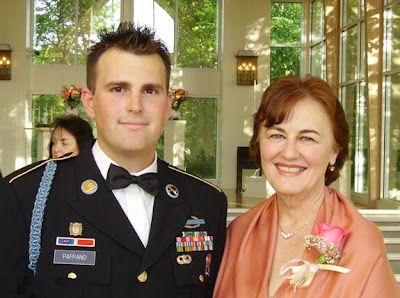 Obviously I didn't take this one, but it's one of my all-time favorites. Our son Brandon at his wedding to our beautiful daughter-in-law, Bobbi. 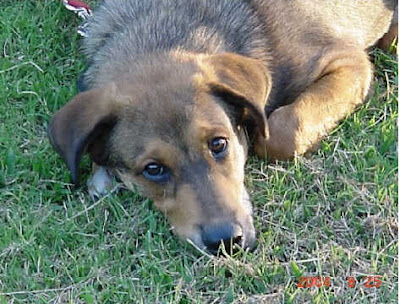 Doesn't he look pensive? This was when we first brought Lucky home. Now that I know him better, I know he's thinking, "Outdoors, grass, dirt, heat. Yuck. Can we go in now?" 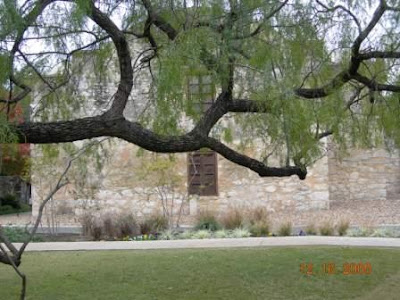 Our son sent us to San Antonio to see the TransSiberian Orchestra as his Christmas gift when he was in Afghanistan, and while there we visited the Alamo. 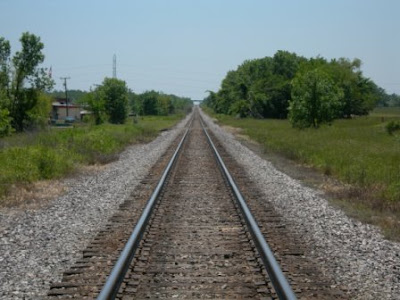 I've never taken a train trip beyond a short one from Boston to Salem, but I love train tracks. They seem to be pointing straight to all kinds of possibilities. This one runs beside the Chouteau Elevator Company here in OK.