When I wrote One Stormy Night, it was intended to be a single book, not the start of the never-ending series. But the hero had a half-brother who was bartending at a strip club, and I couldn't help but wonder why. When I began his book, I started calling it the Calloway brothers series and thought four books for the four brothers and it would be done. About eleven stories later, I'm not sure there's an end in sight. After all, those Calloway boys came from a large family, and darned if every single one of them doesn't have friends. 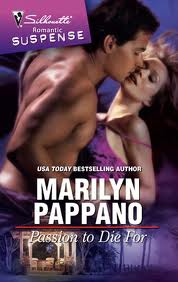 Email ThisBlogThis!Share to TwitterShare to FacebookShare to Pinterest
Labels: Copper Lake Secrets, One Stormy Night, Passion to Die For